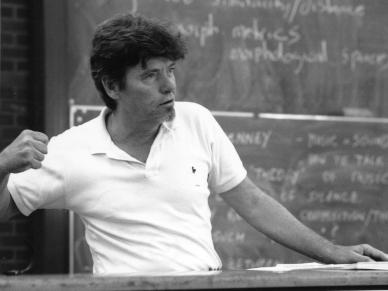 James Tenney was born in 1934 in Silver City, New Mexico, and grew up in Arizona and Colorado, where he received his early training as a pianist and composer. He was a pioneer in the field of electronic and computer music, working with Max Mathews and others at the Bell Telephone Laboratories in the early 1960s to develop programs for computer sound-generation and composition. He has written works for a variety of media, both instrumental and electronic, many of them using alternative tuning systems. Tenney is the author of several articles on musical acoustics, computer music, and musical form and perception, as well as two books: META + HODOS: A Phenomenology of 20th-Century Musical Materials and an Approach to the Study of Form (1961; Frog Peak, 1988) and A History of ‘Consonance’ and ‘Dissonance’ (Excelsior, 1988).